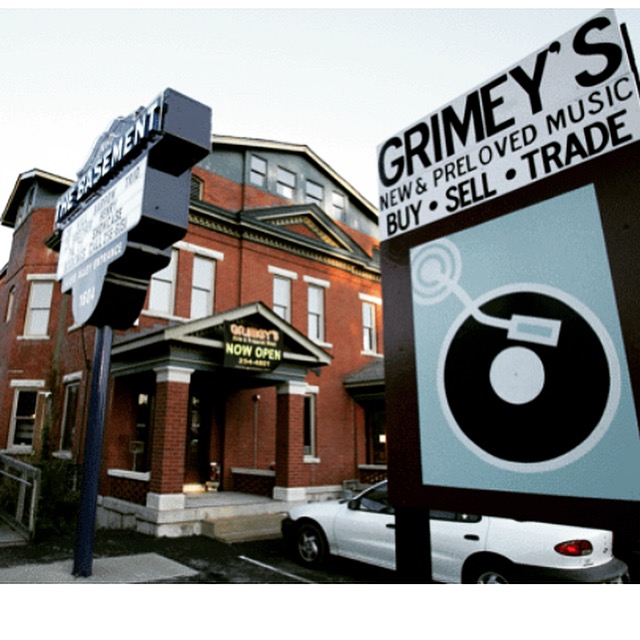 Record Store Day Australia (RSDA) falls on the 18th April this year and it’s the second year that I (Tim Dalton) am an ambassador, something I’m quite proud of. Planning for RSDA has got me reminiscing about the first record that I ever bought and about some of my favourite record stores that I’ve visited. The first record that I ever bought was a 7” vinyl single of Son Of My Father by UK band Chicory Tip. I vividly remember saving all of my birthday money to buy this record from Shakespeare Records, located inside Paragon railway station in my birth city of Hull. The word ‘Paragon ‘ is an interesting choice here as the word means “a person or thing regarded as a perfect example of a particular quality”. The station actually took its name from the street it stands on, Paragon Street, but still the use of this word is misappropriated.

Back in 1972 there were approximately 39 record stores in Hull city centre serving a population of around 200,000. This begs the question why Shakespeare Records and not Sydney Scarborough, Stardisc, Sheridan’s or one of the large department stores such as Hammonds or Debenhams or any of the other 39 stores I could have chosen? Paragon Station was a fabulous unmodernised Victorian building so much so that it has appeared in numerous feature films and TV shows. One attraction was that Shakespeare Records was a small building, more a pre-fab really, inside another enormous building. Subconsciously it could be the 11 year old me signalling that music and travel would be forever connected in my life.

Originally this record store was called Shakespeare Brothers but in a bid to move with the times in the early 1970’s they dropped the ‘Brothers’ and replaced it with ‘Records’. Mid December 1972 and it was a right of passage type day as my Dad drove me to Hull city centre in a tepid blue Vauxhall Viva to make my first ever purchase of many future records. I didn’t know it at the time, but this record is actually a cover of a Giorgio Moroder/Pete Bellotte tune that was released in 1971 under the name Giorgio. The 1972 Chicory Tip version features the very first top ten appearance of a Moog synthesizer in the UK. AIR studio manager Roger Easterby heard the Giorgio original and persuaded Chicory Tip to re-recorded their version, with additional lyrics added by vocalist Michael Holm, in a weekend. The Chicory Tip version was rush released where it went straight into the top ten and eventually hit number one. AIR’s resident record producer Chris Thomas played the dominating Moog synth part.

Released in February 1972, it took me almost 10 months to get around to purchasing this record. Listening back to this record I can see why I developed my lifelong love of synth pop. This record has all the DNA of 1980’s synth-pop, such as the synthesizer as the dominant musical instrument, which I came to love a decade later. For an 11-year-old kid from a cultural backwater like Hull, this record demonstrates a musical maturity way beyond my tender years.

This visit to Shakespeare Records set me on a course that would see me visit many record stores all over the world for both business and pleasure. Only 16 years after purchasing my first record I’d left school and was working in the music industry, albeit on the very bottom rung of the ladder. Over the next 34 years I was lucky enough to travel the world many times over and visit record stores in just about every city that I’ve visited. One of the biggest stores I regularly made visits too was Tower Records at 1 Piccadilly Circus, London. This massive 2,300 m2 store opened in 1986 and was their European flagship store. London also had the Virgin Megastore on the corner of Oxford Street and Tottenham Court Road and that was also enormous. These enrmo-dome type record stores ushered in the ear of the ‘in-store’ performance or as we called them in the USA ‘the shake and howdy’.

In these big stores a small stage and PA could be incorporated onto the sales floor allowing for acoustic performances. These performances normally coincided with whatever touring band was in town playing at the local venue. The normal schedule would be an in-store early afternoon, sound check late afternoon and show on the evening; we liked to work our acts hard back then. These in-stores would pay a dividend in terms of record sales, through in some ‘specials’ some free nibbles/barrel of beer and significant sales would follow. In-stores are now a common component in the arsenal of engagement tools of the music retailer.

In my now adopted hometown of Melbourne I’m totally spoilt for choice. There are some fine record stores in this city and my suggestion is to go out and find the one you like. The one that stocks the style and genre of music you like in the part of town that appeals to you. Personally I’ll be down at Basement Discs in the Laneways on RSDA on 18th April, see you down there?